The squeaking is real. It’s made by dog toys.
Real dogs nearly mauled me at the con. 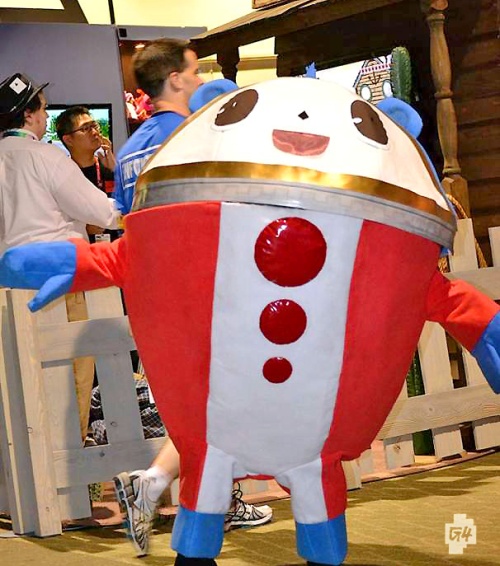 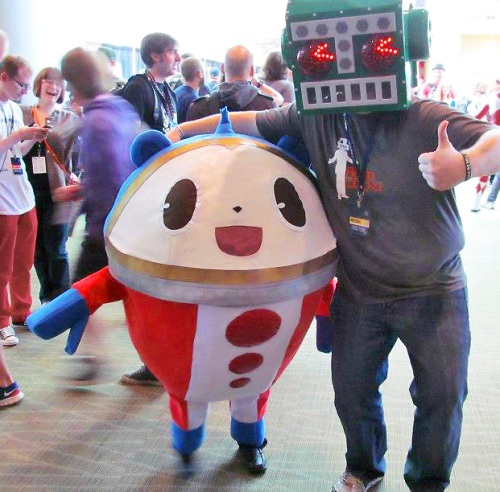 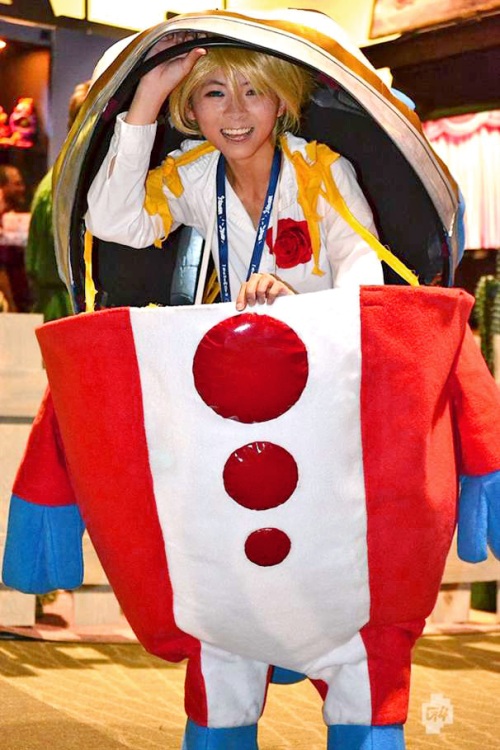 One month to go until PAX Prime 2012 and my planned project this time is Teddie (Kuma) from Persona 4.

This costume is a new challenge to me, because I’d never made a mascot suit before. I can only hope that it doesn’t end up looking like Teddie having been run over by a bus. Though if I do utterly fail at this project, I suppose that’s what I can pass the costume off as.

Given how low I’d need to stand in the suit and how short the legs are, I’m taking up tennis in the meantime to strengthen my legs.

– Planning & research. Teddie’s height seemed to be all over the place. I wanted to stick with the anime version since that’s how I got into Persona 4, but the anime had some of the most amazing QUALITY I’ve ever seen. In the end, I consulted multiple pictures from both the anime and the game for Teddie’s proportions and sizing.

– After seeing photos of an official Teddie suit used at Persona 4 events in Japan, I decided to make the zipper part of the suit non-working as well and have the suit open below the zipper instead for simplicity’s sake.

– Like with my Recette costume, I broke down the costume into parts so that I could focus on them individually.

– I started with Teddie’s head. I made a mock-up of the head with six identical pieces of thin craft foam cut into petal-like shapes and assembled them with masking/duct tape. It’s something to throw unfinished pieces on to test for fit.

– I added a long piece of craft foam around the bottom for height. 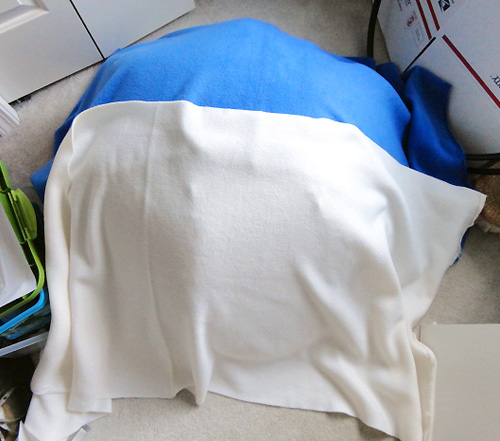 – Like with the craft foam, I used the same pattern (+tolerance) to cut pieces from fleece.

– I cut a hole into the center face piece for the mouth and backed it with black lining. 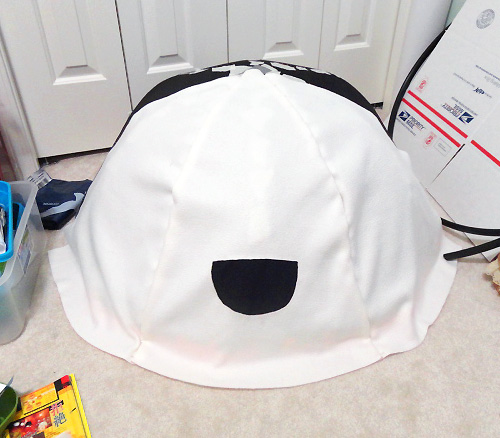 – The eyes were made from felt, pleather, poplin, and fleece. I glued white pleather to the turquoise felt bases. I also cut cross-shaped slits into the middle of the felt so that I could insert fleece padding inside later. 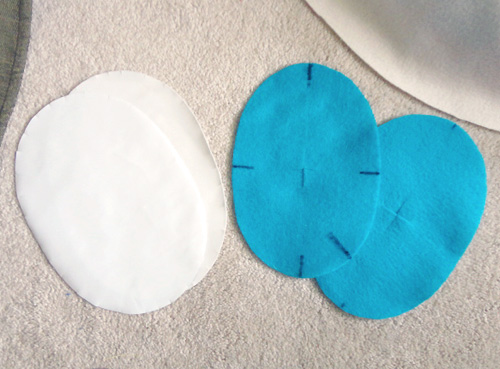 – The irises were made of dark brown poplin. I cut pupil holes into them and glue black pleather on. I also used a black Sharpie to quickly color the border of the irises for a little more depth. 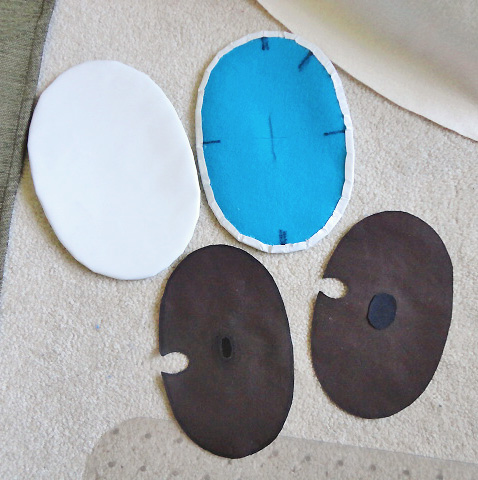 – The eyes all glued together now. Left eye had fleece padding inserted, right eye did not, thus it looked flimsier.

– The nose was just made from one piece of folded black craft foam and super glue.

– The eyes were glued on with Fabric-Tac while the nose took super glue.

– The gold trim and zipper were both made from craft foam. The zipper was far too long to fit on one sheet, so it was divided into two halves. The skinny strips are the borders for the zipper.

– I super glued the zipper strips to the zipper base piece first. On advice from a friend, I tried coating the foam in Plasti Dip to seal it.

– Then I spray painted the strips and finished the gold trim with gold Rub n’ Buff. The zipper parts were also coated in spray paint. 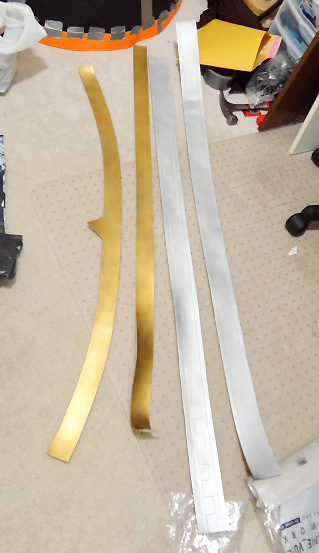 – I drew the zipper teeth in with a black Copic 0.3mm pen and used a bit of nail polish remover to soften the lines. Then I sprayed the zipper strips over with glossy glaze. 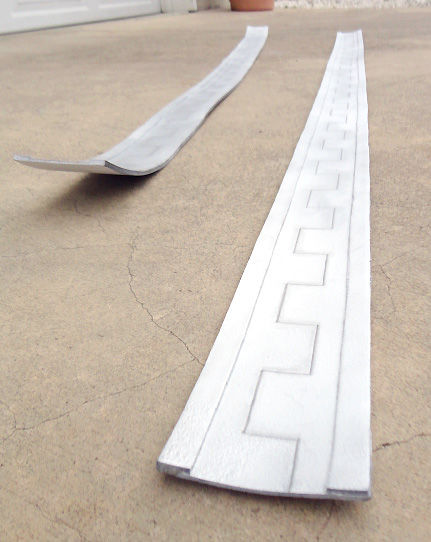 – The gold trim strips were hot glued to the head. The edges and corners would be glued down later with super glue.

– The view from the top. 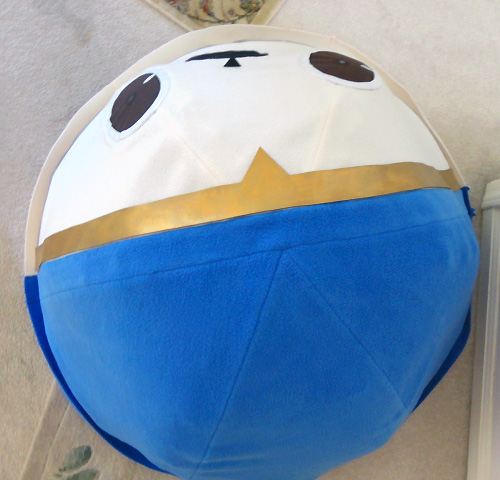 – Six strips of duck cloth were sewn into the bottom of the fabric covering to make loop holes for poly tubing.

– I hot glued the zipper pieces onto the fabric. Then I cut out 101″ piece of poly tubing and inserted into the duck cloth loops, duct taping the ends together. The poly tubing provided base support and a ledge to keep the foam dome inside instead of falling out. As per Oshi’s suggestion, I needed to add batting between the craft foam mock-up dome and the fleece fabric to get rid of the saggy look. 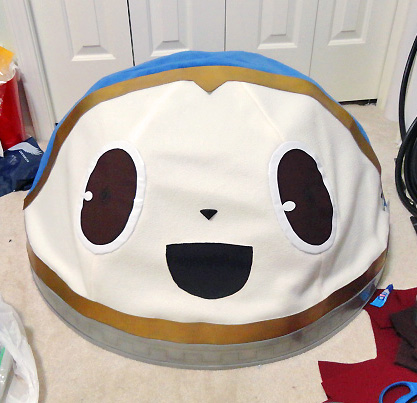 – And then I took a break on Day 9, because I hurt my ankle while playing tennis. 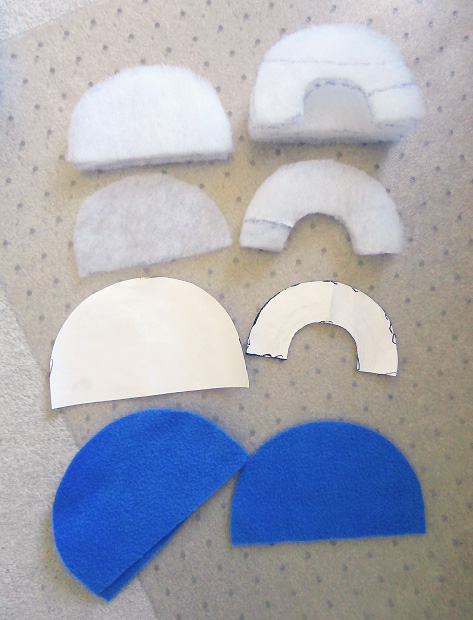 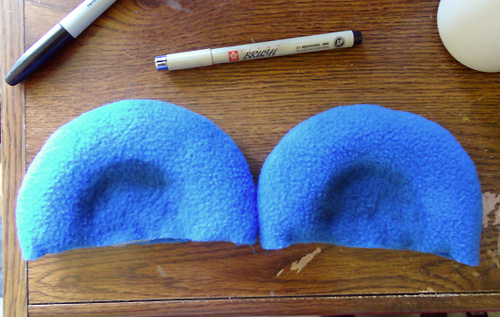 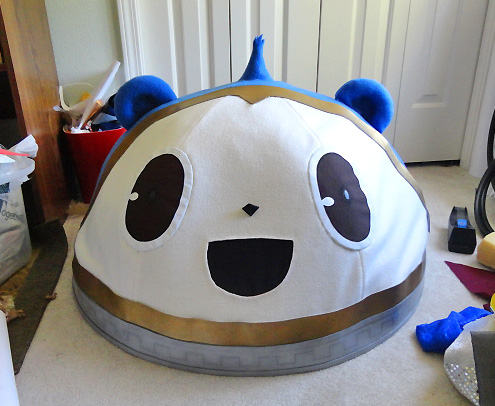 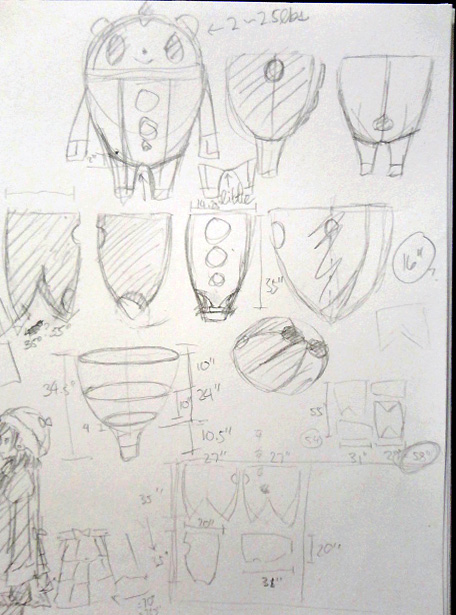 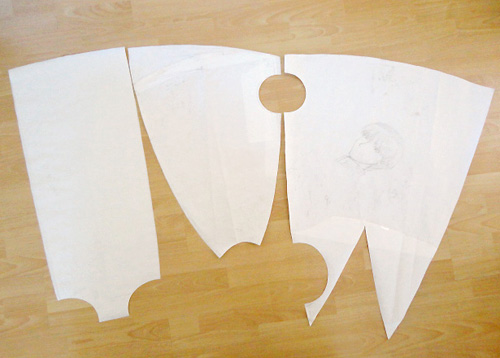 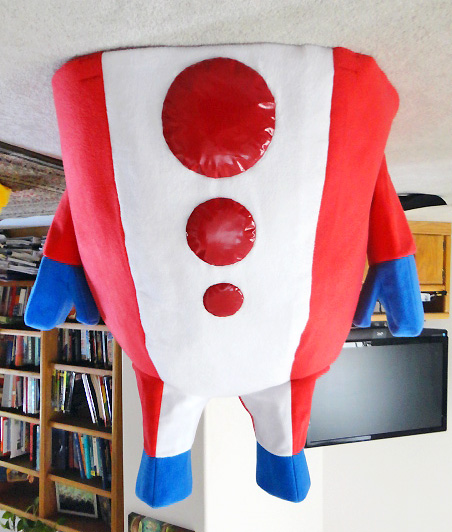 $48 spent on new materials for the head thus far

This entry was posted in Cosplay, Persona. Bookmark the permalink.